Even after years of hard hitting government backed campaigns, increasingly severe punishments and social attitudes turning against those who drive after consuming alcohol, drink driving continues to account for one in five road deaths.

Every year the UK Police perform over half a million breath tests on suspected drunk drivers. Of these nearly 100,000 turn out to be positive.

After consuming alcohol your brain starts to work inefficiently. In effect your brain slows down, taking longer to receive and process information that your senses such as your eyes send to it. Your ability to effectively perform two tasks at once will be reduced. Your ability to see at night will fall by up to 25 per cent. Your reaction times will increase.

The list is long. The bottom line is driving with alcohol in your system is a stupid thing to do.

This limit when you look at it in a global context is quite generous. In most of mainland Europe the limit is between 20 and 50 mgs.

The total length of the ban will depend on several factors the most important being the amount of alcohol within your system. As the minimum disqualification is mandatory any hardship such as loss of employment due the ban will not be taken into account. 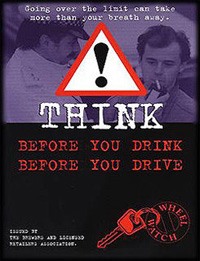 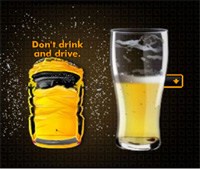 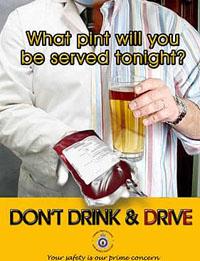 Remember under the New Drivers Act 1997 newly qualified drivers who receive 6 or more penalty points on their driving licence within 2 years of passing their driving test will have their licence revoked and will have to take the theory and practical driving tests again. So be convicted of drink driving within two years of passing your test and you will lose your licence.

How much alcohol you can drink before going over the limit is a contentious topic. There are many factors which can effect the outcome. Blood alcohol levels can be affected by such factors as an body size, weight and metabolism rate. The popular belief is that the average sized man should be able to drink two pints of normal strength beer (4 units of alcohol) without going over the limit and the average woman three units. However, there is no one sized fits all answer. The only safe answer is none. Urban myths such as drink on a full stomach or drink a glass of milk before you start drinking are indeed myths. They don't work.

If you consume large amounts of alcohol, say 8 or more units, on a night out you should always avoid driving the following morning. Alcohol takes time to leave your system. You could still be over the limit.

You don't have to be caught actually driving a vehicle whilst over the limit to be charged with a drink driving offense. It is also possible to be charged for being drunk in charge of a vehicle.

The law states that anyone who is in charge of a vehicle on a road or other public place who has consumed excess alcohol is guilty of this offense. If found guilty you will face a driving ban, a fine or ten penalty points.

If you were to be found sleeping or even sitting in your car with excess alcohol in your blood you would be committing this offense. To clear your name you would have to prove that there was no likelihood of you driving the vehicle whilst excess alcohol remained in your system.

Finally it is worth noting that new draft sentencing guidelines state that causing death by careless driving under the influence of drink or drugs could result in a prison sentence of up to 14 years.

So there you go. Alcohol and driving do not mix.